Work together to combat flytipping 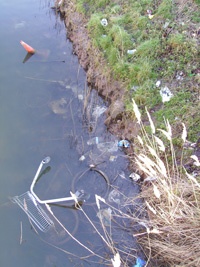 Colchester Borough Council and Essex Police need residents’ help to crack down on fly-tipping in the local area.

Rural areas around Colchester have suffered significant amounts of fly-tipped refuse and waste, which is dumped illegally and is spoiling the environment.

Although fly-tipping in Colchester has declined in the past year, outlying areas have remained hotspots for such activity, and is something that both the Police and the Council are working hard to tackle and enforce.

Residents are encouraged to be vigilant and inform the Council of any fly-tipping in their area, or to report any suspicion of fly-tipping activity.

We are now also asking for members of the public to take details of any vehicles, particularly tipper and flatbed lorries, carrying waste and to report them immediately to the council on the number below,  please include the type of waste being carried, time, day, date, registration and ideally any person(s) seen at the time.

Although the act of fly-tipping may not be witnessed, the Council is still able to investigate any reports of vehicles carrying waste, ascertaining if the owners have the correct and legal paperwork in place to do this.

Any person identified carrying waste illegally may be issued with a £300 fixed penalty notice or prosecuted which carries a maximum fine on conviction of £5000.

Dumping waste where it is not allowed, or allowing others to do so, is a criminal offence. You could face a very large fine or even be sent to prison if you fly-tip waste on land that does not have a license to receive it. It not only drains resources provided by the council in order to clean it up but has been responsible for several near misses with vehicles nearly ending up in ditches on the dark back roads trying to avoid it.

If you are hiring someone to dispose of waste on your behalf, check that the company or person you give waste to have a license to carry it – if the waste is dumped illegally, you could still be liable for prosecution. Protect your environment and help us to take action.