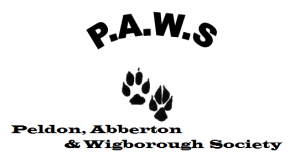 This month Chris Moore, a local village lass, gave us an entertaining talk on her many holidays over the years.  One of which was a recent special holiday to Orkney,  where they came across, among other spectacular things, a memorial to the sailors lost while working the Arctic Convoy during the second world war.

Our journey started in 1973 with Chris & husband Archie, winning their first holiday abroad in a raffle prize! END_OF_DOCUMENT_TOKEN_TO_BE_REPLACED

PAWS have announced their meeting topics for 2019 and it looks interesting with topics ranging from Arctic Convoys to Wildlife Photography: END_OF_DOCUMENT_TOKEN_TO_BE_REPLACED

After a long and lovely day soaking up the sunshine in our gardens we spent the evening on a journey around Great Gardens of Great Britain with Andrew Babicz.  With the help of superb photos, we explored some of the great and beautiful gardens of Britain.

What makes a garden great?  END_OF_DOCUMENT_TOKEN_TO_BE_REPLACED

Our speaker, Deborah Brady, gave us an illustrated talk on what life was like as a female photojournalist in Fleet Street.  Deborah, a former national press photographer, covered some of the biggest stories of the late 80’s and 90’s.  She focused on news, features and her favourite, sport, for the London papers.

As with many situations, it is END_OF_DOCUMENT_TOKEN_TO_BE_REPLACED

Amanda Sutherland, our Speaker for the evening, arrived carrying several interesting bags and boxes.  She then slowly and carefully displayed a very colourful and enticing array of decorated hats, fascinators, wraps and jewellery.  Amanda told us that her creative journey began when she was a child at school;  she sold her first pieces of jewellery, made from a selection of inner soles, to her Teachers!

After completing five years in END_OF_DOCUMENT_TOKEN_TO_BE_REPLACED

PAWS’ President, Lorraine, opened the AGM with a warm welcome to everyone and checked that no visitors were present. She thanked everyone for their support during the past year; especially during the months we were relocated in the Church (which proved rather cold on occasions). This was followed by a brief review of the year including

END_OF_DOCUMENT_TOKEN_TO_BE_REPLACED 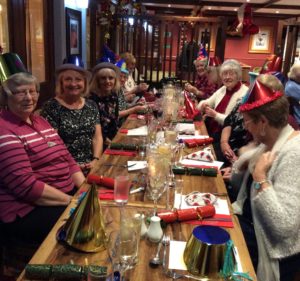 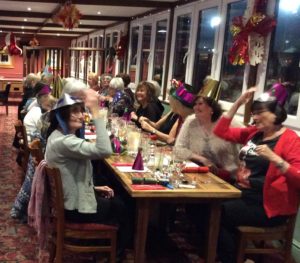 10 years ago a decision was made to break away from the WI and become an independent ladies social group based in Peldon. We continued with monthly speakers with talks on a wide range of topics to include history, gardening, fashion and much more. So, no more Jam END_OF_DOCUMENT_TOKEN_TO_BE_REPLACED 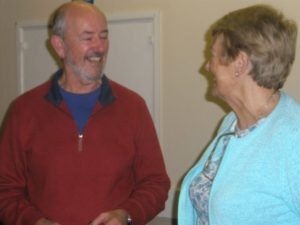